In case you missed it, we interviewed the great Matt Wallace over here: 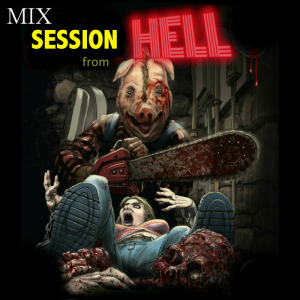 There is no greater truth in making records than this: “The recording is governed by the performance.” This may seem obvious, but many times the implications of this are not. There are two main areas where this truth manifests itself. The first is in the emotional impact of the music and the second is in the sonic signature or sonic possibilities of a recording.

Even with the best gear in the world or fancy recording techniques, the heart and soul of a recording is the emotion and the feel of a performance, and of course the songs. When I have discussions with musicians about production and they begin to confuse production with “great drums sounds”, I tell them that good production is about getting the songs and the performances to a point where the drum sound does not matter, and then getting great drum sounds. Many of the recordings that are classics in the history of rock, pop and jazz actually sound quite bad when compared to other records of the same era or many records of today. Some of these recording are marred by unintentional distortion, poor mic technique and downright awful drum sounds, but these classics still stand up on the radio next to modern multimillion dollar productions because the songs and the performances are great. A great song and a great performance will transcend any limitations of “sound quality”.

The Soul is a very fuel-and-space efficient way of transporting and dispersing MANIA.

My good friend Tim Gilles just discovered that “Ball Busting” sessions are nothing new. I’m sure he was just kidding and probably knows 100X more about this stuff than all of us put together but I wanted to remind him of a term called “Flyting”.

Flyting is a ritual, poetic exchange of insults practiced mainly between the 5th and 16th centuries. The root is the Old English word flītan meaning quarrel (from Old Norse word flyta meaning provocation). Examples of flyting are found throughout Norse, Anglo-Saxon and Medieval literature involving both historical and mythological figures. The exchanges would become extremely provocative, often involving accusations of cowardice or sexual perversion.