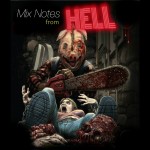 Piracy and Digital Consumption of Music

We start off talking about the movie “Downloaded” which is the story of Napster and Kenny describes what he thinks piracy did to the business and how it cut out mid-level bands.

Will adds on to the same theme where budgets were dropped and how the audience doesn’t see any value in music and especially downloaded music and the rationalizations that go with it.

Phil also brings up the same idea that bands need to reach out to the fans and let them know what’s happening and how we’ve spiraled down.